Anyone who decides to travel to New Zealand will find a unique variety of beaches, one more beautiful than the other. And no matter where you are on the two main islands,

You are never more than 128km away from the nearest coast in New Zealand!

Yes, New Zealand’s beaches are unique.
No matter what time of day and what weather. Being on the beaches in NZ means total freedom to make new dreams come true and to leave the rest of the world behind for a while.

And who doesn’t like to watch the sunrise or sunset beyond the endless horizon of the ocean? And the many colors that turn the sky and the sea into flames of red and orange.

For that I have listed my personal favorite beaches in New Zealand below. Why so far? Well, simply because New Zealand is 100% surrounded by the sea and although I have traveled to many places, I have not been everywhere. New Zealand is full of surprises and unknown places and I am pretty sure that this list will grow strongly in the next few years. I am excited to see what this country has in store for me and many others.

I came across Ocean Beach just by surprise, I did not know about that beach until I reached it. All I did one day was just driving back from the Northland to Auckland when I saw that long road on the map that lead from the highway to a nearby peninsula. I just followed the road to the end and could not be more happy when I reached the beach. It was so remote – I was the only person there and had the whole beach by myself. Wandering around and climbing up a sand dune was really fun. From the dune I could see the other side of the beach that stretched very far. I knew that I wanted to come back in summer as I just wanted to jump in the water and to swim. Until today that wish did not come true. That day was the only day I visited Ocean beach and I still hope it was not the last one.

Beaches for me are not only so special because of the sand and the water. But also for their different wildlife that you can spot. One day my friend and I drove to Muriwai Beach. One of the western black sand beaches near Auckland. It does not even take an hour to reach that area from the city. Muriwai Beach is another very popular spot for surfing but you should always keep an eye open for sharks, because attacks did already happen here in the past. But that is just a warning.

On the day we went it was very stormy but still beautiful. The sea was Rough and it was cold and windy so we did not go for a swim. Instead we did visit one of NZ´s biggest gannet colony. Walkways lead from the beach up to the Colony (be careful not to get wet at the rocks where the water hits) and we spent a long time here just watching the birds and enjoying the views. The only bad thing we noticed was the smell from the nests but we got used to that quickly.

On a hot summer day it can feel like all locals from Auckland escape the city to go to the west, where black sand beaches and big waves await. Piha beach is a true paradise for surfers, surrounded by the big, lush forests of the Waitakere Ranges. The black sand is glittering and shining in the sun, like many little diamonds. In summer it is perfect for a day on the beach. But you should be good in running! Because of the black color the sand can get very hot and roast your feet, if you are not fast enough in the water.
Driving from Auckland to the beach takes around 45 minutes. The way leads on a curvy road through the forest to the coast, where you also have great opportunities to stop at some lookouts and to take great pictures of the coast and the beach.

The area around Piha also has some beautiful nature walks and waterfalls which are worth a visit.

Of course this famous endless seeming beach has to be on the list. So each time I traveled to the far out Northland I often drove until the end of New Zealand. A stop at the Ninety Mile Beach was always a must. Being at the beach I personally think that it has a very unreal and almost mystical atmosphere or it might be because of the legends of the Maori that exist here. It says that the souls of the Maori travel along the beach up to their homeland, the very top of the country at the end. It seems to be a bit of a scary story but when you see how the winds let the sand fly across the beach I always imagined it to be the wandering souls.

A beach as a highway

Beside legends, Ninety Mile Beach is part of the official highway system in New Zealand! That is right, you are official allowed to use the beach like a normal road and drive on it along as far as you want with the normal speed limit of 100km/h. BUT only if you have a 4WD or you go with a tour in special buses. If you take your normal car you can bury it in the sand or in the ocean when high tight is coming, so don´t take the risk! If you come with a normal car, park it somewhere and walk to the beach and use the normal roads.

No one really knows how the beach got the name “90 Mile”. In fact it is only 55 miles long (88 kilometers) but not less impressive and still one of the longest beaches in the world, with Cape Reinga lying at the end of the beach and the end of New Zealand.

Are you up for a little road trip? Of course!!! Drive two hours north of Auckland and you come to one of the most beautiful white sand beaches in the area. Pakiri beach is another mile long beach and beautiful for a day trip out of the big city. Just be aware that a part of the road is uneven surface but you don´t necessarily need a 4WD.

On the way I can highly recommend that you make a stop at Goat island, a little island just a few meters of the shore. But don´t expect to see goats – there are none… But the beach and the island are very famous for fish so make sure to bring your snorkeling gear. A bit up a hill you can find the Goat Island Marine Center, they also offer glass bottom boat cruises around the island, if you don´t want to go to the water but still wanna see the fish. If you walk from the marine center further up the hill you will have beautiful views of the ocean and the area and Pakiri beach in the distance.

When I visited Dunedin in 2013 I heard about that Tunnel Beach and thought why not check it out. So I took the bus from the city to the entrance of the walkway to the beach. The trip took around one hour. Even though it is already six years ago when I went there I still remember how beautiful it was, how deep blue the ocean was and how amazing the sandstone cliffs looked. The view over the coast with the lime stones and the “tunnel” looked spectacular. The water was very rough and powerful and would always blow up in the water holes. You can walk above the tunnel and sit in the grass and relax or if there is low tide you can walk throw the rocks and cliffs down another tunnel and reach the beach. Unfortunately I did not take a lot of pictures back then, so that is one more reason to travel back to one of my most favorite beaches again soon!

One more thing to add to your NZ bucket list! Travel to the south island and drive along the west coast! That´s all! 🙂

I did not list any particular west coast beach because that is simply impossible. Being at the west coast means you will find heaps of wild, unspoiled and breathtaking beaches and ocean views along the way so just stop on your journey everywhere you want. Mostly you will have the beaches all for yourself. Not many tourists stop on the way. Find a good place to watch the sunset but don´t forget a mosquito spray because there are many nasty sand flies.

In this area you will also find the famous Pancake Rocks that are totally worth a visit!

No wonder this beach made it on the list. It has been rated on Trip Advisor as NZ´s number one beach in 2019 and that is not a big surprise. Simply because the beach stretches along the coast of the bay of plenty for many miles and has pretty much everything to offer. It´s super clean, the water is shinny blue, it is convenient located next to one of NZ´s best holiday towns and with a beautiful nature area around. Next to the beach you can climb up the Mount to have some of the best views of the area. Mount Maunganui is an three hour drive away from Auckland and is also reachable by bus from Hamilton, Rotorua or Whakatane.

You may also enjoy:

Hello happy travelers! I´m Alice and the blogger behind this site. I write about my travel experiences, and love helping other people to live their dream of taking off to see the world. I share a lot of helpful tips for long time traveling as well as female solo traveling.
Come and join me on that journey! 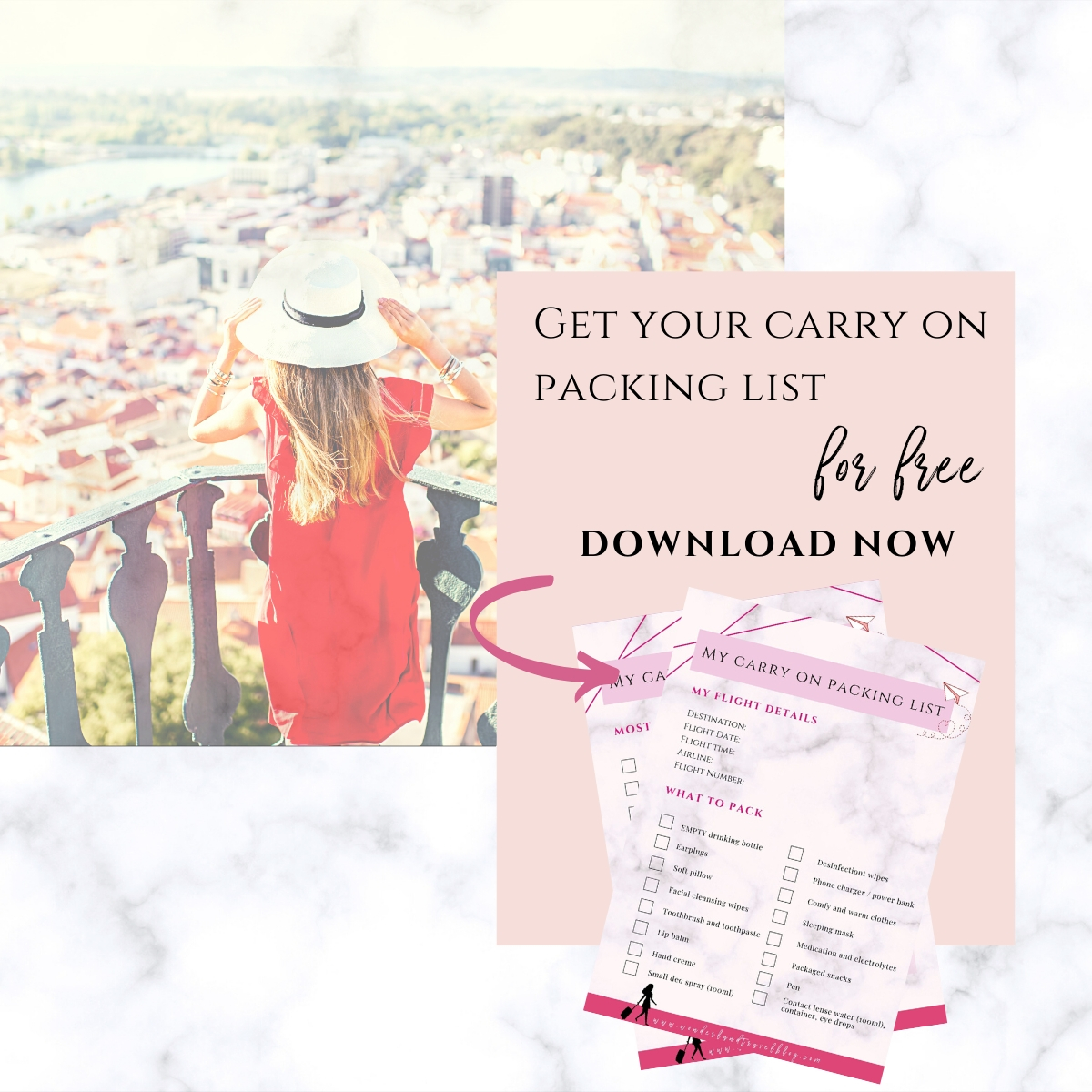 Hurray! Your free carry on packing list is on the way!